Finding it difficult to control your eating? These 6 Proven Steps Will Help You Stop Binge Eating.
Break Binge Eating > What is Bulimia Nervosa? > Causes of Bulimia: A Complete Analysis of Genetic & Psychosocial Risk Factors

If this warning is irrelevant, please disable the syntax validation feature in the dashboard under General settings > Footnote start and end short codes > Check for balanced shortcodes.

Bulimia nervosa is a serious psychiatric condition that is becoming increasingly more prevalent in women and men all over the world.

To be diagnosed with bulimia nervosa, the person must display the following features:

Why study the causes?

Understanding the causes of bulimia nervosa is essential for the development of effective prevention programs.

More specifically, knowing the precise biological, psychological, and social factors that place people at risk for bulimia nervosa means that researchers can spend time toward developing powerful intervention strategies aimed at addressing these risk factors. If these intervention strategies can successfully modify these risk factors, then we are well on our way towards preventing the onset of bulimia nervosa.

Now, let’s take a look at the probable causes of bulimia nervosa.

Genetics certainly play an important role in the development of bulimia nervosa.

Familial and twin studies have supported a genetic predisposition to eating disorders, with significant linkage on chromosome 10p in families with bulimia nervosa. In addition, heritability estimates have shown to be as high as 80% for bulimia nervosa, which means that less than a quarter of risk variation can only be accounted for by environmental factors.

Overall, findings from numerous research studies unequivocally provide support for the role of genetic influences on the onset of bulimia nervosa.

A variety of psychosocial risk factors of bulimia nervosa have been studied. None of these risk factors work in isolation; rather, they interact with each other to place an individual at risk for developing the disorder.

Internalisation of the thin ideal

We live in a society that equates thinness with attractiveness. Messages like these are pervasive in modern media outlets. This can be an important risk factor for bulimia nervosa if the person “buys into” the notion that beauty can only be achieved by a thin or slender body shape. This refers to the thin-ideal internalisation. Women who internalise the thin ideal will eventually go onto to develop body dissatisfaction because they will realise that this idealised figure is too difficult to attain and sustain. Some may then engage in harmful disordered eating behaviours that are designed to produce an approximation of these ideals[ref] Thompson, J. K., & Stice, E. (2001). Thin-ideal internalization: Mounting evidence for a new risk factor for body-image disturbance and eating pathology. Current directions in psychological science, 10(5), 181-183. [/ref].

Put simply, body dissatisfaction refers to general unhappiness with one’s body or with aspects of one’s body. Body dissatisfaction is so prevalent in the general population that it is now considered the norm. Men and women who are unhappy with their body usually behave in ways to try and mitigate this unhappiness, such as by engaging extreme weight control behaviours (e.g., strict dieting, compulsive exercise, weight loss pills) that are characteristic of bulimia nervosa[ref] Polivy, J., & Herman, C. P. (2002). Causes of eating disorders. Annual review of psychology, 53(1), 187-213. [/ref].

Dietary restraint, which refers to the intention to restrict food intake to regulate body weight, is one of the well-studied bulimia nervosa risk factors. People who diet for weight loss normally do so because they are unhappy with their current body shape and weight. Unfortunately, however, dieting directly leads to binge eating and the onset of bulimia because of both physiological (e.g., cravings for certain food types) and cognitive mechanisms (e.g., cognitively produced inhibition)[ref] Polivy, J. and C. P. Herman (1985). “Dieting and binging: A causal analysis.” American psychologist 40(2): 193 [/ref]. To provide evidence of this, research has shown that the odds of developing bulimia nervosa over a one year period were 2.5 times higher for women who were dieting relative to women who were not dieting [ref] Patton, G. C. (1988). The spectrum of eating disorder in adolescence. Journal of Psychosomatic Research 32.579-584 [/ref].

It has long been proposed that some people go onto develop bulimia nervosa via an affect-regulation pathway. Specifically, it is proposed that binge eating and purging results from the belief that these behaviours may temporarily block out the negative feelings that are experienced. It is also suggested that the negative affect that causes binge-purge behaviour results from the other related features discussed above, namely body dissatisfaction and dieting. In that regard, negative affect may be the mechanism through which body dissatisfaction and dieting behaviours lead to bulimia nervosa[ref] Stice, E. (2002). “Risk and maintenance factors for eating pathology: a meta-analytic review.” Psychological Bulletin 128: 825-848. [/ref].

A significant proportion of people with bulimia nervosa report experiencing childhood abuse. Many theories have been put forth toward understanding why childhood abuse may be a risk factor for bulimia nervosa. For example, childhood abuse can cause a whole host of intolerable emotions, so binge eating and purging behaviours can serve as an attempt to regulate these emotions. In addition, childhood abuse could lead to a dissociative coping style that is later displayed as binge eating and, ultimately, purging behaviour[ref] Caslini, M., Bartoli, F., Crocamo, C., Dakanalis, A., Clerici, M., & Carrà, G. (2016). Disentangling the association between child abuse and eating disorders: a systematic review and meta-analysis. Psychosomatic medicine, 78(1), 79-90. [/ref..

Personality traits contribute to how we perceive, relate to, and interact with out world. Personality traits may contribute to the development of bulimia nervosa. For example, negative emotionality is a broad personality construct that includes several subdomains, including the tendency to experience dysphoria, negative self‐evaluation, and low self‐esteem, each of which have been posited to contribute to bulimia nervosa. Perfectionism, defined as a tendency to strive to achieve flawlessness, has also been shown to be a risk factor for bulimia nervosa, particularly because such high standards concerning weight, shape, and eating can rarely be met[ref] Waller, G., & Sheffield, A. (2008). Causes of bulimic disorders. Psychiatry, 7(4), 152-155. [/ref].

The family environment can be an important factor contributing to the development of bulimia nervosa. Studies have shown that people with bulimia nervosa report parental intrusiveness, specifically maternal invasion of privacy, jealousy, and competition, as well as paternal seductiveness. On the other hand, perceived parental encouragement of autonomy has been linked with less dieting and extreme weight-control practices[ref] Polivy, J., & Herman, C. P. (2002). Causes of eating disorders. Annual review of psychology, 53(1), 187-213. [/ref]..

As this article has pointed out, there is a multitude of different biological, psychological, and social risk factors for bulimia nervosa. There are hundreds more potentially important risk factors, although the ones reviewed above are the factors with the strongest research support.

It is important to reiterate that none of these risk factors work in isolation – instead, they each interact with each other to place someone at risk of bulimia nervosa. Some of these factors can be modified (e.g., negative affect, thin-ideal internalisation, dieting), and, because of this, many different preventative interventions can effectively alleviate these risk factors. However, whether this prevents the onset of new cases of bulimia nervosa is yet to be determined, and is a subject of future research. Causes of Binge-Eating Disorder: A Complete Analysis of the Risk Factors 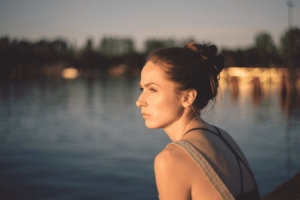