Anorexia nervosa is characterized by a dangerously low body weight and body image distortions with an obsessive fear of weight gain.

Bulimia nervosa, on the other hand is characterised by recurrent episodes of binge eating in combination with inappropriate compensatory behaviours and an overvaluation with weight and shape.

Both disorders have devastating and potentially life-threatening consequences.

Let’s take a closer look at the effects of both of these eating disorders and why they are so dangerous. 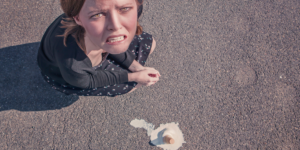