Rumination disorder (or rumination syndrome) is a type of DSM-5 feeding disorder that is characterised by recurrent postprandial, effortless regurgitation.

In this disorder, recently ingested food returns from the stomach to the oral cavity where it is re-chewed and then either spat out or re-swallowed.

Because the food hasn’t yet been digested, sufferers report that it tastes normal and isn’t acidic like vomit. In addition to this, the rumination behaviour isn’t associated with a gag reflex or retching.

Rumination typically happens during or after every meal, and people report that some foods (e.g., watery-based) are more easily dispelled than others.

The cause of rumination syndrome is not entirely known.

In infants, the disease has normally been attributed to over-stimulation and under-stimulation from parents and caregivers, causing the individual to seek self-gratification and self-stimulus due to the lack or abundance of external stimuli.

The disorder has also commonly been attributed to a bout of illness, a period of stress in the individual’s recent past, and to changes in medication.

In adults and adolescents, hypothesized causes generally fall into one of either category: habit-induced, and trauma-induced.

Habit-induced individuals generally have a history of bulimia nervosa or of intentional regurgitation, which though initially self-induced, forms a subconscious habit that can continue to manifest itself outside the control of the affected individual.

Trauma-induced individuals describe an emotional or physical injury, which preceded the onset of rumination, often by several months2Halland, M. (2019). Rumination syndrome: when to suspect and how to treat. Current Opinion in Gastroenterology, 35(4), 387-393.

Rumination syndrome is one of the rarest feeing disorder, and because of this obtaining data on the epidemiology of rumination disorder is extremely difficult.

From existing research, here is what we do know about this condition:

How is Rumination Treated?

Effective treatments for rumination syndrome are not well-understood.

This is in part due to how rare this condition is and how little we know about it and its mechanisms of action.

Preliminary research has shown that certain medical and behavioural treatments may be effective for preventing, addressing, or stopping the regurgitation behaviour that is characteristic of rumination syndrome.

Let’s dive into some of these treatment approaches that show promise.

Diaphragmatic breathing has the most support to date by reports and studies that clearly indicated decreases in regurgitations3Murray, H. B., Juarascio, A. S., Di Lorenzo, C., Drossman, D. A., & Thomas, J. J. (2019). Diagnosis and treatment of rumination syndrome: a critical review. The American journal of gastroenterology, 114(4), 562.

In this way, it can prevent the person from regurgitating the food that was eaten.

Some behavioural strategies shown to be effectivein case series studies include:

Baclofen is an antispasmodic medication that has shown to be effective in one randomized controlled trial for rumination syndrome.

In this study, people who took baclofen experienced greater subjective improvement in rumination symptoms than people who took a placebo 5Pauwels A, Broers C, Van Houtte B, et al. A randomized double-blind, placebo-controlled, crossover study using baclofen in the treatment of rumination syndrome. Am J Gastroenterol 2018;113:97–104.

However, this was a small study and larger studies are needed to confirm the efficacy of Baclofen.

Surgery may be a last resort to treating rumination.

Surgery has not been recommended as a treatment for rumination, as other safer options seem to be available.

As you’re probably aware, rumination syndrome has been very difficult to study in part because of how rare the condition is.

The consequence of this is that we know very little about the aetiology, prevalence, and treatment of rumination syndrome.

We do know that episodes of rumination are profoundly impairing to the individual affected, so we much more work is needed to better help those in need. 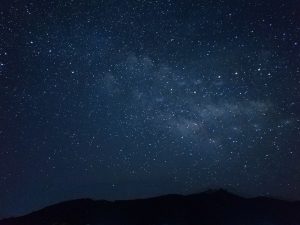 What’s all this talk about Night Eating Syndrome? 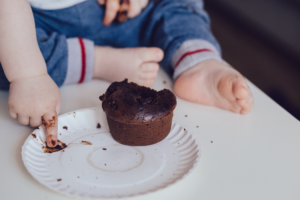