Eating disorders are not uncommon during childhood, and children under 10 (and even under 5) can go onto develop some form of feeding or eating disorder (yes, even toddlers!).

Some experts say that pediatric eating disorders are merely part of normal development.

Many parents say that their children go through difficult phases that can be broadly differentiated into undereating, overeating, and extremely picky eating.

It is important to point out that in most cases, these different problem eating patterns do not turn into a “full blown” eating disorder and instead tend to resolve over time.

Unfortunately, in some cases, these problem eating patterns do reach a clinical threshold and therefore constitute a formal eating disorder.
Such eating disorders are most common in children who have other medical, developmental, emotional, or behavioral difficulties.

It’s absolutely crucial that this is addressed earlier rather than later for the best future outcomes for your child!

Let’s delve a little deeper into pediatric eating disorders, in terms of looking at the types of eating disorders kids’ can develop, key statistics, and possible treatment approaches.

Types of Eating Disorders in Children

As a parent, one of the more pressing questions you might find yourself asking is: “does my child have an eating disorder?”.

If you’re concerned about this, then you should seek appropriate medical help.
But, before you do, it is important to learn about the different types of childhood eating disorders and some facts associated with them.

Pica is defined as the regular eating of non-food and non-nutritive substances. Many clinicians working with children with pica report that the child eats hair, glue, dirt and various other substances.

Pica is most commonly encountered by clinicians working with children with an intellectual disability. It is also seen in children with specific sensory needs, including those who seek oral stimulation, most typically those with autism spectrum disorders.

Pica can also occur in normally developing children, but it tends to be overlooked more so in these instances

Very few studies have examined the prevalence of pica in young children.

One study in Germany (800 children) found that pica behavior was reported to have occurred at least once in 12% of children (aged 7-14 years) and the recurrence of this behavior was reported in 5% of children 1 Hartmann AS, Poulain T, Vogel M, et al. Prevalence of pica and rumination behaviors in German children aged 7-14 and their associations with feeding, eating, and general psychopathology: a population-based study. Eur Child Adolesc Psychiatry 2018. https://doi.org/10.1007/s00787-018-1153-9

Consequences of Pica in children

There can be serious medical consequences associated with pica. This is due to the ingestion of potentially toxic, harmful, and indigestible substances.
Consequences can include2Nayak, S. V., Kini, R., Shetty, U., Rao, P. K., Kashyap, R. R., & Bhandarkar, G. (2017). Pica-an eating disorder: A report and review. Archives of Medicine and Health Sciences, 5(1), 82:

Rumination Disorder is defined as the repeated regurgitation of food, followed by re-chewing and re-swallowing or spitting out.

This is not gastroesophageal reflux or vomiting.

The regurgitation seen in this disorder is effortless – it doesn’t involve retching, heartburn, or strain seen in the usual form of self-induced vomiting.

Like pica, rumination disorder is most common in children or toddlers with developmental difficulties.

Rumination syndrome is rare and it is often undetected. Very few studies have examined key statistics related to rumination in childhood.

However, some studies have reported that around 1-2% of children may exhibit symptoms of rumination syndrome 3Hartmann AS, Poulain T, Vogel M, et al. Prevalence of pica and rumination behaviors in German children aged 7-14 and their associations with feeding, eating, and general psychopathology: a population-based study. Eur Child Adolesc Psychiatry 2018. https://doi.org/10.1007/s00787-018-1153-9

Consequences of Rumination Disorder in children

Rumination can be associated with quite severe consequences in childhood. Because food is often spat out, children with rumination can appear to be very underweight or malnourished. And, in extreme cases, the constant bringing up of food may cause emaciation and the need for force feeding 4Bryant-Waugh, R. (2019). Feeding and Eating Disorders in Children. Psychiatric Clinics, 42(1), 157-167.

Avoidant/Restrictive Food Intake Disorder is characterized by avoidant or restrictive eating behavior. The more common underlying features of ARFID include:

Children with ARFID may present with 1 or more of these features.

One large Switzerland study of 1444 children shed light on the likely prevalence rates of ARFID. They found that 3.2% of children reported ARFID features. Of these, 60% identified sensory properties of food as contributing to their avoidance, 40% identified low interest in food or eating, and 15% identified a fear-based reason for food avoidance, such as a fear of vomiting or choking 5Kurz S, van Dyck Z, Dremmel D, et al. Early-onset restrictive eating disturbances in primary school boys and girls. Eur Child Adolesc Psychiatry 2015;24:779–85.

Because the child with ARFID tends not to eat much, it means that they are consuming an insufficient amount of energy, micro-nutrients, and minerals. Note that ARFID can occur in children across the entire weight spectrum (i.e., underweight, normal weight, and overweight).

Consequences of ARFID in children

ARFID is one of the more well-studied eating disorders in childhood. It can be a dangerous eating disorder associated with several complications 6Zimmerman, J., & Fisher, M. (2017). Avoidant/restrictive food intake disorder (ARFID). Current problems in pediatric and adolescent health care, 47(4), 95-103. These can include:

It might be surprising to hear that children can develop anorexia nervosa.

Anorexia nervosa is a serious illness characterized by restrictive eating practices that lead to dangerously low body weight, body image distortions, and lack of insight towards the seriousness of the low body weight.

The incidence and prevalence rates of early or childhood onset anorexia nervosa are harder to determine and are often presented along with adolescent onset data.

One study found that 10.5% of 258 hospitalized patients with anorexia aged 8-18 years were under the age of 12 8Buhren K, Herpertz-Dahlmann B, Dempfle A, et al. First sociodemographic, pretreatment and clinical data from a German web-based registry for child and adolescent anorexia nervosa. Z Kinder Jugendpsychiatr Psychother 2017;45: 393–400.

Consequences of anorexia nervosa in children

Childhood presentations of bulimia nervosa and binge eating disorder are much less commonly seen in clinical settings than the other eating disorders mentioned above.

Part of the reason why there are so few children with a bulimia nervosa or binge-eating disorder diagnosis has to do with the definition of binge eating.

That is, in order to receive a diagnosis of these disorders, the person must engage in binge eating, which is defined us consumption of an unusually large amount of food in a short period (i.e., 2,000 calories within 2 hours) accompanied by a sense of loss of control.

Children find it difficult to eat that much, meaning that they can’t fit the diagnostic criteria.

Treating all of the childhood eating disorders mentioned above requires a multidisciplinary approach, involving many different health professionals 11Kennedy, G. A., Wick, M. R., & Keel, P. K. (2018). Eating disorders in children: is avoidant-restrictive food intake disorder a feeding disorder or an eating disorder and what are the implications for treatment?. F1000Research, 7.

Some of the more common therapeutic approaches for these eating disorders include:

Although anecdotal evidence suggests that these approaches can be effective in addressing childhood eating disorders, unfortunately, we lack good quality data supporting their use.

It is very important for new research to be conducted to explore the effectiveness of different therapeutic approaches for childhood eating disorders. 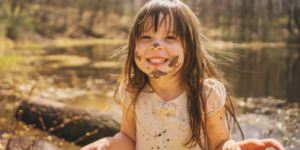 Pica: Everything You Need To Know About The Non-Nutritive Eating Disorder 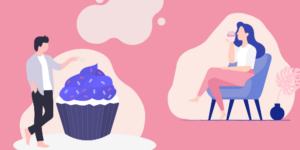