Finding it difficult to control your eating? These 6 Proven Steps Will Help You Stop Binge Eating.
Break Binge Eating > Research > A Guide to Food Addiction and 4 Tips for Overcoming It

There are a lot of different opinions and viewpoints around the concept of food addiction, some well-informed, others not so much.

Nevertheless, food addiction is a highly controversial topic that is gaining an enormous amount of scientific, media, and public attention.

I will first point out that the scientific literature on food addiction is in its infancy – there is so much more research to be done on this topic before we conclusively endorse or reject this concept.

In this article, I’m going to draw from the latest scientific literature and provide a comprehensive discussion around the idea of food addiction, including the following:

What is Food Addiction?

Research from the addiction and nutrition fields have recently discovered some important similarities in patterns of food intake and consumption of illicit drugs.

This line of work has prompted the notion of food addiction, which refers to the idea that certain foods (typically “junk” foods) may trigger an addictive-like response in some people1Gearhardt AN, Corbin WR, Brownell KD. Preliminary validation of the Yale Food Addiction Scale. Appetite. 2009;52:430-436..

Some have suggested that food addiction is very useful in explaining why some people have so much trouble adhering to a healthier diet, and why some people go onto develop obesity.

So, is food addiction “a thing”?

Let’s take a look at the scientific evidence supporting the concept of food addiction.

Most of the evidence supporting the concept of food addiction is biological in nature, with some behavioural evidence also available.

Here are some of the key findings from studies that support the notion of food addiction:

The Signs and Symptoms of Food Addiction

You might be wondering whether you show signs of food addiction.

According to the available research, there are 12 criteria that underpin a “food addiction” diagnosis7Gearhardt AN, Corbin WR, Brownell K. Development of the Yale Food Addiction Scale Version 2.0. Psychology of Addictive Behaviors. 2016;30:113..

The 12 criteria are taken from the substance-use disorder diagnostic criteria but are assessed in the context of a person’s eating behaviour:

In order to receive a “diagnosis” of food addiction, the person must meet at least two of the above criteria plus show signs that their eating behaviour causes them clinically significant distress and impairment.

If the person exhibits many of the signs and symptoms mentioned above but doesn’t feel like their behaviour is causing them clinically significant impairment or distress, then the person wouldn’t be classified with food addiction.

How Many People have “Food Addiction”?

Some people think that food addiction is just another term for binge-eating disorder.

The evidence does not support this, because more than 40% of people with binge-eating disorder do not receive a diagnosis of food addiction9Linardon J, Messer M. Assessment of food addiction using the Yale Food Addiction Scale 2.0 in individuals with binge-eating disorder symptomatology: Factor structure, psychometric properties, and clinical significance. Psychiatry Research. 2019..

This suggests that the food addiction construct is not entirely overlapping (or explained by) binge-eating disorder.

How To Overcome Food Addiction

You might be wondering how food addiction can be treated.

Unfortunately, the evidence surrounding the effectiveness of psychological interventions for food addiction is essentially non-existent. No studies, and more importantly no randomized controlled trials, have been conducted in this area.

However, that’s not to say what don’t have any answers. In fact, we can usefully “borrow” treatment techniques from psychological treatments known to be effective for binge-eating disorder and substance use disorders, as these conditions overlap to some extent with food addiction.

Because these strategies are known to help people with binge-eating disorder and substance-use disorder, there is a reason to suspect that they might also be beneficial for people with signs of food addiction.

Some key strategies to implement are:

Food addiction is not as widely endorsed as the literature suggests.

Some of the main criticisms of the food addiction concept are10Fletcher PC, Kenny PJ. Food addiction: a valid concept? Neuropsychopharmacology. 2018:1.:

Food addiction is an interesting area of study. It is a concept that is still being widely studied, and, like most areas of study, there is evidence for and against it.

Much more needs to be done in this area, and I hope this article has further informed you on food addiction.

Tell us below in the comments what you think about this field of study. 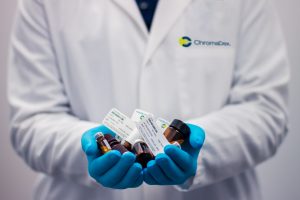